Léon van der Linden’s realistic painting style which capture the natural world with a passionate, elegant and respectful look, encourages the viewer to closely observe the natural world. His skill as a wildlife artist is wildly recognized, admired and respected by colleagues, collectors and wildlife enthusiasts.

As a child he could usually be found playing, reading or drawing. At the age of 5 he drew his first lines and never stopped.There has always been plenty to inspire him. Cowboys and Indians, creatures out of school books, daily trips to the sea with the outstretched dunes, marshes and forests. Animals, landscape, wonders of the natural and imaginary world, all became drawings. This love continued on into his adult life and it absorbed him totally. Any free time was dedicated to creating paintings and drawings. After high school it was clear to him what he wanted to do with his life. Given the opportunity, he wanted a career as an artist and speci cally painting wildlife was his aim. After a failed adventure at the university where he studied biology, began to give shape to his career as a wildlife artist.

In addition to his many jobs, drawing and painting became a daily activity. He wanted to become pro cient in the techniques required and also to increase his knowledge of the things he painted.

Around the age of thirty, he decided to become a professional wildlife artist and this resulted in 1990 in an invitation to participate in the prestigious exhibition “Birds in Art” in the Leigh Yawkey Art Museum in Wausau, U.S.A. This was the biggest turning point in his artistic life. After this event, the doors were open for him across North America and Europe.

Leon van der Linden is an internationally known Dutch wildlife artist and a self-taught painter with a university degree in biology. Leon emphasizes that he has not been influenced by any particular artists, even though he is familiar with many different styles of artwork, particularly wildlife art from Europe and North America. The drawings in the caves in Spain and southern France were a major in uence on him. Realizing the di cult circumstances which those people created the very detailed and lifelike drawings, impressed him much and they still do. Of course there were artists whom he admired and influenced his way of approaching the subjects and style. From the early beginnings he studied the paintings of Zdenek Burian from Czech Republic, Dutch artist Rien Poortvliet, Belgian master artist Carl Brenders and especially Ray Harris Ching from New Zealand. Not to forget the old masters like Rembrandt and the Dutch painters Anton Mauve, H.Mesdag, J. Israels, all members of the Haagse school (19th century) famous for their use of light. The powerful renditions of wildlife in all its spectrum, the mastery of details and the tactile realism Leon creates in his paintings irresistibly draws in the viewers, confronting them to a close encounter with the subject. The only real influence on his work is the natural world with all its myriad creatures... big and small. “Looking at the world around me has taught me how to use colours and to see detail in the big picture called “the World” which is all around us.” He has also built up a deep understanding and broad knowledge of the subjects he paints. There has always been plenty to inspire Leon and to form the subjects of his work.

Almost all of Léon’s paintings and drawings derive from an extensive on site study of the fauna, flora and environment. He will personally take countless photos of the animal and its habitat, taking great care to document all the elements that will set the stage for his subject such as the vegetation at a particular time of year, the light, relief of the landscape, the shape and colour of the rocks... Only then will Léon let his imagination flow “the painting takes form in my mind and begins with a few sketches. Sometimes it take many months or years to develop the idea born in his imagination. Leon is fond of saying, “A good piece of art is like wine, it needs time to ripen.” His vision finally materializes in a detailed pencil drawing which he then projects to his panel, canvas or illustration board, making adjustments to his composition before applying paint. Although Léon prefers oil paint, he also trained himself and developed his own way of using acrylic paint. He transferred the way the old masters use their paint into his materials, especially in such a difficult modern medium as acrylic paint. It takes many thin layers of paint to obtain the results he wants.

From the first days when he was attracted to paint, many kind of birds were the main subjects in his artwork. Especially birds of prey and owls formed the main part of his paintings. Many of his paintings with this group of birds have been published in magazines. In the last decade of the 20th century he was captivated by a group of birds totally different from his usual subjects. These birds, the Birds of Paradise from New Guinea and the northern peninsula of Australia, were a new challenge for him. Before he amassed the courage and the skills to paint these jewels of the rainforests and mountain slopes of this almost untouched island, it took him three years of study and collecting information about the birds and their habitat. This first unusual artwork depicts the male Princess Stephanie’s Astrapia with his overwhelming beautiful plumage, portrayed in his natural habitat, the mountain slopes of the Bismarck Range and Mount Hagen in the western part of New Guinea. Every detail is important in his Bird of Paradise paintings...the anatomy, the vibrant colours of the plumage with the extraordinary shape of the feathers, the habitat where they live in and foremost the vegetation in this untouched part of the world. Paintings these birds is like a journey, going back in time when nature was not influenced by visitors from outside. Leon has not seen the Birds of Paradise in the wild, and dreams of a trip to New Guinea. He travelled to Brazil to study the Blue Macaws in the wild and to paint them in their natural habitat.

The plans for 2017 and the years after are clear. He has long worked out ideas for the next many years, of several new works with the birds of paradise, especially the more uncommon species. This again requires much study of the habitat in which they live, their typical behaviour and especially the anatomy of the birds. Another project is the Blue Macaws from South America. Preparing a book on these beautiful large parrots are at an early stage (sketches) and the first serious works should be fully completed in 2017. The book on Macaws will include the Blue Macaws, as well as many other Macaw species, some now extinct, which may have been endemic to the Caribbean islands including Cuba’s Macaw, St. Croix Macaw and Guadeloupe Macaw. There are also several exhibitions scheduled in North America and Europe. All this together with some commissioned works, ensures that the future looks promising. Leon, now 63 is very active and has an almost full agenda for 2017. The collaboration with his wife Rejane ensures that Leon can concentrate fully on his work.

Leon’s bird paintings are internationally well known. Seven times Leon has been juried into the prestigious “Birds in Art” exhibition annually held by the Leigh Yawkey Woodson Art Museum in the United States. In 2015, Leon was awarded the “Artist of the Year” by the Mandela Gallery in Singapore. 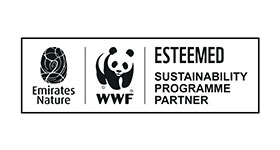 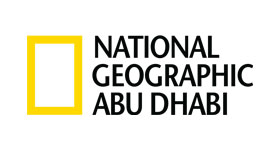